Older adults: we need your feedback! We invite you to take a brief survey in order to help Washoe County Library deliver the most relevant services. 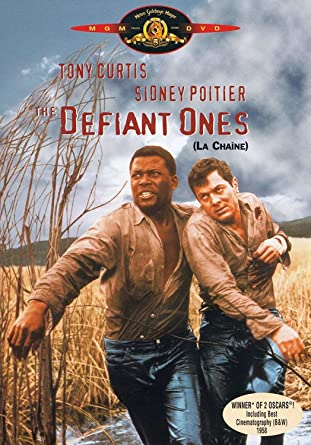 Films of the Fabulous 1950s - The Defiant Ones

The 1950s are generally considered an idyllic time in American history, bringing to mind images of hula hoops, poodle skirts, classic cars, and “Happy Days.”  It wasn’t all fun and games, though; this was also the era of the Korean War, the Red Scare, and teenage rebellion. The movies of the 50s reflect this tension, embracing old traditions while also foreshadowing some of the conflict and social change that exploded in the 1960s. Over the seven weeks of this series, join us to see Henry Fonda, Marilyn Monroe, Grace Kelly, James Dean, Gene Kelly, Gary Cooper, and many more, in some classics from the decade. A brief discussion will follow each film.

Rebel Without a Cause (1955)—James Dean, Natalie Wood

Please stay at home if you or anyone in your household is feeling sick. Thank you!