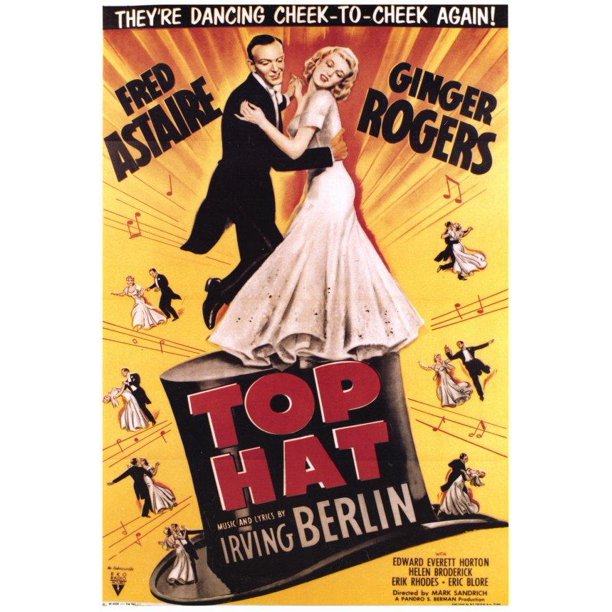 Join us the first Sunday of the month for classic films on the big screen in HD.

This month's film is Top Hat (1935)  Starring Fred Astaire and Ginger Rogers.  With songs by Irving Berlin, the fast-paced musical features some of the best Astaire-Rogers dance numbers along with hilarious comic relief by Edward Everett Horton and Eric Blore.