Washoe County Libraries are open for limited hold pickup service. All in-person library events, including community outreaches, have been suspended until further notice. Please visit www.washoecountylibrary.us/reopen for the most current information on our safe reopening. 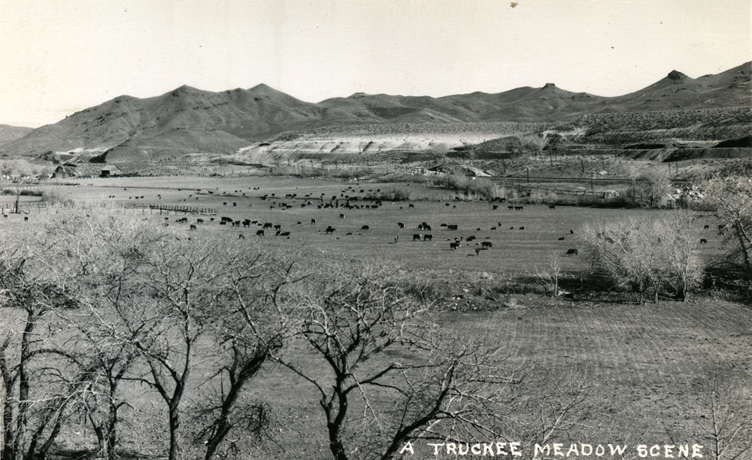 Artown Talks in the Library by the Nevada Historical Society

July 6 at 1 pm: Before Reno and Sparks: Early Communities in the Truckee Meadows

Early settlers in the Truckee Meadows knew nothing of Reno or Sparks. Instead, they lived in communities like Eastman Mill and Brown's Crossing - villages whose names no longer appear on modern maps. This talk offers a quick look at some of these forgotten places.

Presenter: Betsy Morse- After a career as a National Weather Service meteorologist, Betsy Morse retired and moved to Reno. She has been a volunteer with the Nevada Historical Society for the last decade, where she works in the research library and gives school tours. She loves learning about the history of the state and sharing what she has learned with others. Ms. Wakayama is one of her favorite artifacts at the NHS.

People have participated in forms of gambling for millennia, even Ancient Egyptians played games they made wagers on. This talk will discuss the background and history of gambling across cultures and continents to give audience members a more thorough understanding of the interactions of gambling and humans across time and space.

Presenter: Marc Ullom- Marc began his professional career as an industrial engineer with B.F. Goodrich in Akron, Ohio in 1968. His projects in the aerospace industry for Goodrich included developing and implementing construction methods and standards for escape slide systems for Boeing 747 and Lockheed L-1011 aircraft. A graduate of the University of

Akron, Marc practiced law for forty years until 2012, was licensed in the state courts of Ohio, Pennsylvania, New York, and in federal jurisdictions sitting in those states. Throughout his career, Marc has also served nonprofit organizations in a variety of positions, including: United Church of Christ local churches in Ohio, Pennsylvania and Nevada as a moderator, Elder, Deacon, Lay Minister, and Treasurer. And, Marc is currently a docent and the Treasurer of the Docent Council at the Nevada Historical Society. Marc works on the American Gaming Archives at the Nevada Historical Society.